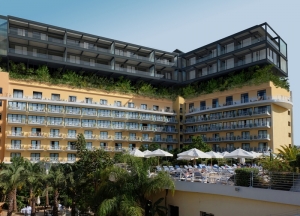 Olympic Entertainment Group (OEG) signed an agreement allowing them to enter Maltese market and open its largest casino on the Malta’s top tourism region, St. George’s Bay. The new casino will be established in cooperation with Maltese leading hotel and entertainment enterprise Eden Leisure Group and OEG will start to operate the casino under a management agreement.

OEG will invest up to 7 million euros in the establishment of the new casino. This being the Group’s largest casino with approximately 2,700 sq metres, it will be opened in the second half of 2015 at the InterContinental Hotel and will be called Casino Malta by Olympic Casino. The country’s newest gaming venue will feature more than 250 slots, close to 30 casino and poker tables as well as sports betting and bar area.

Mr. Armin Karu, Chairman of the Board of OEG, said that the expansion into Malta is of great significance for the company. “We have been looking for good opportunities to expand to popular holiday destinations for several years now and today we took a large step forward in making our expansion plans come true,” Mr. Karu highlighted and explained the importance of a strong cooperation partner. “It is good to enter a new market when you partner up with a local business that is as successful and highly respected as the Eden Leisure Group in Malta,” Karu commented, adding that being recognized as the best land-based casino operator two years ago at the Global Gaming Awards has definitely added to the reputation and credibility of OEG on an international level.

According to Mr. Ian De Cesare, Executive Chairman of the Eden Leisure Group, owning the InterContinental Hotel, they were looking for a strong partner with whom to open a brand new state-of-the-art casino in Malta with. “We were impressed by Olympic’s experience and the look of their largest casinos as well as the professionalism with which these casinos are operated as well as their focus on customer service and the overall experience of its customers. The casino concession required an operator with an impeccable reputation and experience,” Mr. De Cesare explained, on why they chose to partner up with OEG.

Malta is a member of the European Union with a population of close to 450,000 people and with 1.6 million annual tourists. According to Madis Jääger, CEO of Olympic Entertainment Group, Malta has a steady casino market with an annual volume of ca 34-35 million euros. “So far the market has been divided by three casinos but I am convinced that we can offer stiff competition,” Jääger explained OEG’s ambitious goals.

Along with the Casino the Eden Leisure Group is investing over 30 million in an extension of two additional floors of luxurious 6 star suites as well as a new 100 room Holiday Inn Express hotel and the investment in a 3,600m2 conference and incentive venue. Upon completion of these ambitious projects they will own 652 rooms in total. OEG will operate in Malta under a management agreement.

OEG’s agreement partner is Eden Leisure Group, a successful Maltese tourism and entertainment enterprise, that owns the largest hotel in Malta as well as the country’s most popular radio station, a bowling alley, nightclubs, health and fitness centre, restaurants and cinemas.

With more than 2,600 employees, Olympic Entertainment Group is the largest provider of casino entertainment in its region. OEG is a full member of the European Casino Association (ECA). Today, the Group operates casinos in Estonia, Latvia, Lithuania, Poland, Slovakia, Belarus and Italy. OEG shares are traded on the main list of Tallinn Stock Exchange and the Warsaw Stock Exchange. All casino operators of Olympic Entertainment Group are responsible enterprises that notify their clients of the dangers associated with gambling.